We use PWM to output sound wave with different frequency, so as to play music by the buzzer.
Connect the buzzer to the PWM output pin shown in the following diagrams.
RTL8722 wiring diagram: 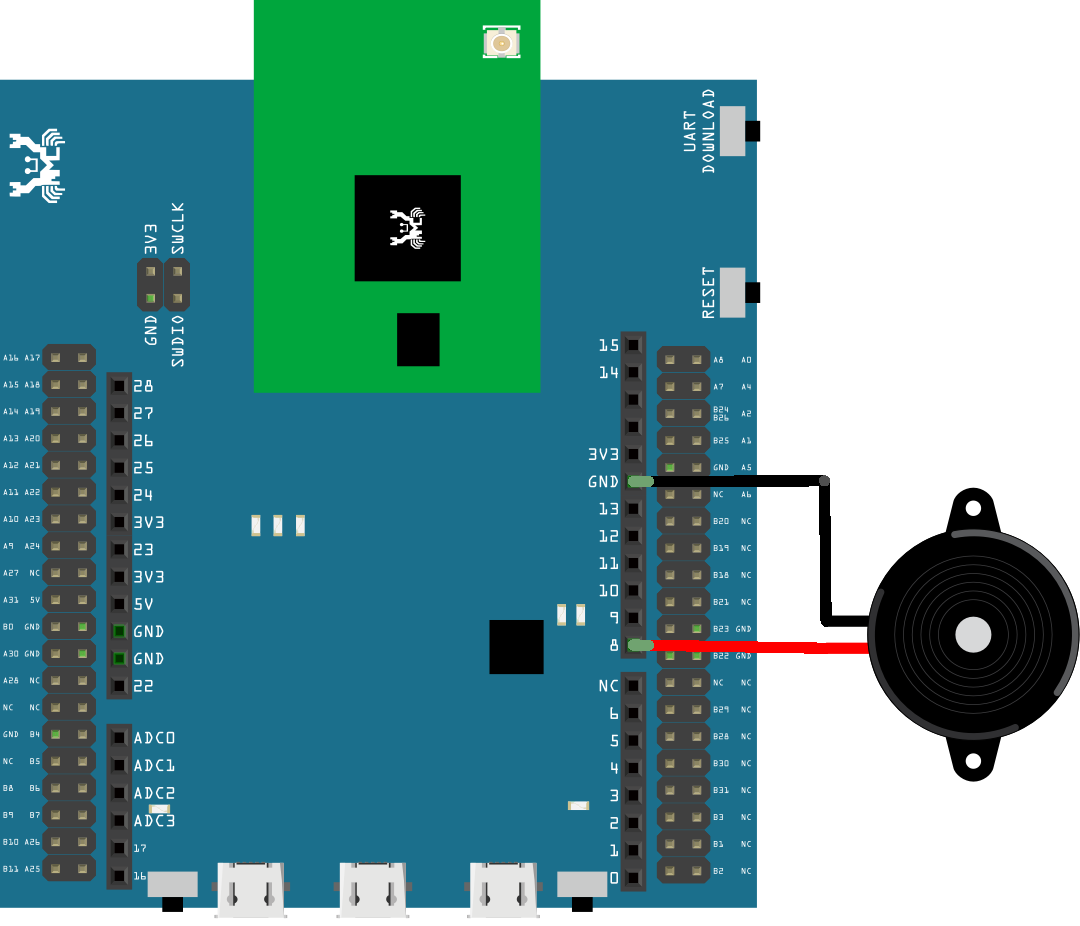 Open the example code in “Examples” -> “AmebaAnalog” -> “TonePlayMelody”
Compile and upload to Ameba, press the reset button. Then you can hear the buzzer playing music.
Code Reference
Ameba implement the tone() and noTone() API of Arduino: