Is our life inseparable from DTU and network IO?

First of all, what is DTU: Data Transfer Unit, data transfer unit. DTU itself belongs to a kind of middleware, which is responsible for wireless/wired information transmission. It is divided into WIFI type/4G type/Ethernet type. They use different communication methods for information exchange. It lies in the interaction between the server and the point, but for many equipment companies, they may not be good at information interaction, and DTU is the solution to this situation.

Equipment companies can use our Ebyte's
Please, Log in or Register to view URLs content!
as communication middleware, which can simplify the user's difficulty in information interaction between the end device and the server, so that users can only consider the development and The application of server logic no longer needs to consider complicated interaction methods, whether it is wireless WIFI/4G or wired Ethernet, whether the connected server is TCP, UDP, HTTP or MQTT, it can be easily information exchange.


DTU does not only exist in the concept. Now there are many scenarios where DTU has been used, such as the automatic switch of 5G base stations. The operator will monitor the communication pressure of the 5G base station. It will remotely turn off the power of the base station. The way to turn off is to send modbus commands directly through the DTU, so as to achieve the purpose of saving energy.

Not only that, opening and closing the base station is only a type of information transmission, you can exchange any information through DTU, for example, you can send an instruction to query the current power usage of the base station, and the returned result will also return the data to the server through DTU, so that the server can Ability to monitor the operation of equipment in real time.


It is not only in the application environment of people's livelihood that DTU can show its strength. The appearance of DTU is actually a change of control thought, which adds a method to the control of equipment. For the original equipment, collecting data, processing data, Equipment actions, etc., are all done on the equipment. When the operator is not on site, we have poor controllability of the equipment.

When the Internet of Things is booming, it brings the concept of server more clearly, and the Internet of Everything is not an empty talk. People expect a more centralized system to monitor and control equipment, but in fact, the two biggest problems brought about by this transition lie in the communication and server side, how to send the equipment monitoring data to the server, How the server processes the data, stores the data, and analyzes the data are all questions.

Therefore, when the problem of the server direction is solved step by step, the problem of data transmission is also being carried out simultaneously. Large-scale applications or devices will have their own communication units, but small and medium-sized enterprises do not have the ability to independently complete device information transmission. Therefore, DTU is actually an application product in the direction of the Internet of Things, a kind of communication middleware, which does not exist only for a certain device.

As mentioned above, the new era has brought new ideas of the Internet of Things, and the concept of aggravating the server is to simplify the deployment of the device, and to get rid of the independence of the end device more completely. People want to deprive the brain of the end device, so that they can not If you have your own thoughts, there is a risk of problems because of logical processing, and it is also a trouble to develop these logics. 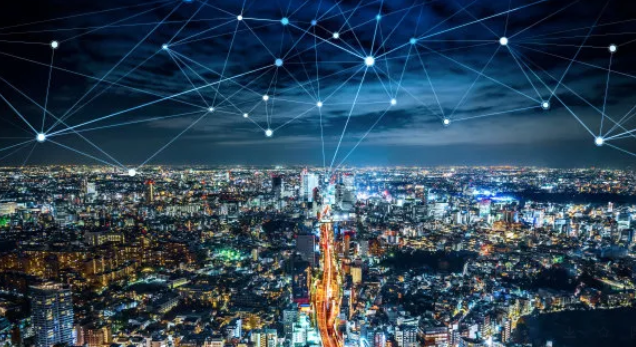 This is the value of modbus. Modbus is the kind of general-purpose control protocol that people expect. If the device itself supports modbus, you can directly control and interact with it through modbus commands. Take the simplest one above. For the street light system, if the light sensor and the switch device of the light support modbus command control, then the server, as a control processor, can monitor thousands of street lights at the same time, and the server can issue modbus commands to query the value of the light sensor, and then analyze whether It is necessary to issue the modbus command to control the street light switch. When the information is collected, the actions of the device are realized by the modbus command as the carrier, and then all the control logic is moved to the server, and we can really achieve the most simplification of the peer device. Centralize the control system.

The above has already talked about DTU, and it also talked about the increasingly serious server idea, when it comes to modbus, it talks about the application of DTU plus modbus, and network IO, it is actually a kind of end gateway with a trade-off, although the All sensors and controllers that support modbus can be combined, and the control system can be realized by interacting data with the server through DTU, but the devices that support modbus are generally more expensive, and network IO appears to save costs, and they are also DTU can transmit information, but at the same time, it can also be directly used as a control device to perform switch on/off, switch value acquisition and analog value acquisition, and increase the function of DTU to simplify the cost of the entire system.
You must log in or register to reply here.
Share:
Facebook Twitter Reddit Pinterest Tumblr WhatsApp Valid Email Address Link
Top Bottom